Pictures in a Winter Wonderland

Sorry I'm late with this, but Blogger was down when I woke up.

I can't think of anything else to post about, so here's a few pictures from the snow we got yesterday...

First off, here are a couple of shots taken of the same general area  - one from early in the snow and one from later... 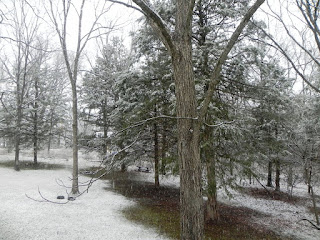 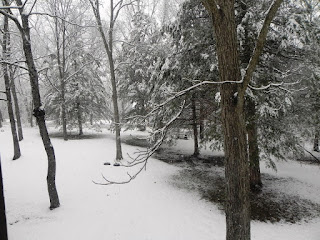 Those were taken about three hours apart - 10:30am and 1:30pm.  I didn't take any pictures from later than that, but it got even snowier.  Hubs figures we got about 2.5 inches.  This is the most snow we've seen here in years.  It's a Winter Wonderland out there. 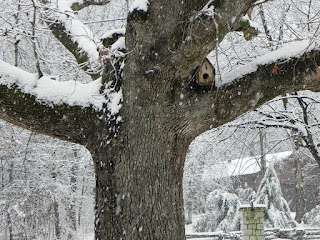 There's Oberon (the white oak) covered in snow.  And here's the woodpile that Pierre was recently evicted from: 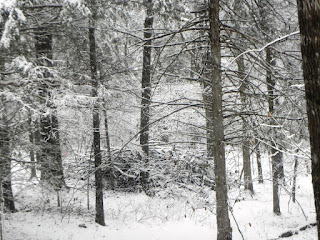 Here's one of the two big cedars in our front yard.  Unfortunately the north tree (the farther one in this photo) lost a big limb overnight due to the weight of the snow.  =o( 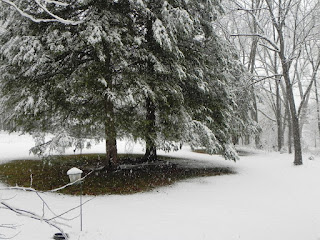 The cedars never did get snow under them this time.

Most of the snow should be gone by the end of the day.  It's supposed to be sunny and up into the forties.  As long as the roads get cleared so I can go out tomorrow, I'm fine with it staying.  It's kind of pretty.

How's winter where you're at?