Instead of the morning rant I just typed and deleted, here's a couple pictures of Arthur. 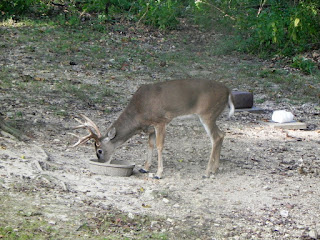 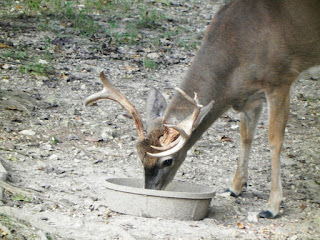 These were taken back in September, but we saw him yesterday, which means he made it through another hunting season.  Yay.

I think he's the buck I was calling Curly last year because of the hair between his antlers.  He's got a cool 'do.

Anyway, he's the dominant buck in the neighborhood and he'll be spreading his genes around this year.  I'd be willing to bet that most of this year's and last year's fawns were his kids.  He da man.