Third week out and I'm still not writing.  I've been thinking about writing a lot.  Not that it counts, but it's better than nothing.

Sleeping Ugly is still on sale.  Not sure what happened to the ad.  I mean, it showed up on FB and it's certainly on their website, but I never got the newsletter - even though they sent me an email showing me what it would look like.  And I know I'm signed up for the newsletter (they automatically sign you up when you book an ad, plus I actually signed up for it before I first started placing ads with them.)  :shrug:  Anyway, whatever happened, I only sold one book that day and that was in the UK.  Derp.

Made some marketing photos to post to FB along with my marketing verbiage.  They're just the print copies of SU in my bed. 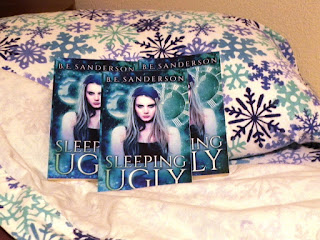 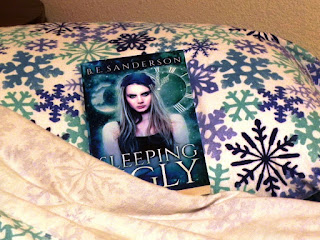 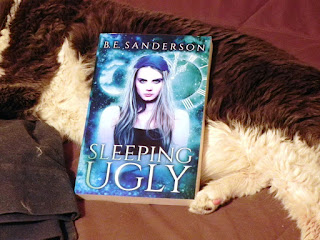 I don't think Kira appreciated it.  And she refuses to sign a waiver.  ;o)

I read a lot last week.

We did a lot of woods work, too.  And then it rained.  I think I said the same thing last Sunday.  We're in a pattern now where it rains every Friday/Saturday.  Anyway, we now have 4 piles of deadfall down there, placed strategically for ease of use.  (I'll take pics if it ever stops raining.)  We drag stuff to whichever one is closest.  Made some major progress in killing the spiky, thorny vine things.  I hate those things.  They're evil.  We also made progress on eradicating the big vines.  I think they're wild grape, but since they have no leaves right now and even if they did, the leaves are way up in the canopy, I can't be certain.

I actually left the house for the first time in over a week.  There wasn't really any reason to not leave the house, but there also wasn't any reason to leave.  Four days of that was actually not even stepping foot out the door.  The rest was just not leaving the property.  I think the hermitude is getting worse.

While I was out, I ran into someone I hadn't seen in over a year, so we chatted for about 20 minutes while in a really slow checkout line.  I was already there, saw him pushing his cart by and called out.  He pulled in behind me and we chatted.  He's a great dude.  I told him he really should stop by and see Hubs next time he's in the area.  The height of my socialization so far this year.

Hubs got to socialize, too.  One of the neighbors stopped by.  We were social animals last week.  ;o)

On the activity/exercise front, I did 5 out of 7 days.  Cleaning and woods work for the most part, plus biking.  I'm up to 5 minutes at a time on the bike.  I've noticed a thing about getting lots of exercise, though.  The more I exercise, the hungrier I am.  Not really surprising.  You're burning more calories and the body wants to replace them.  Not helpful for losing weight, though.  :shrug:  I keep reminding myself I'm not doing this to lose weight, I'm doing it to be more active and get off my dead ass.  I think I'm seeing my gut shrink.  Probably would've helped if I'd done some measurements at some point so I could track progress.

Wow, that was a long post.  Must be that since I'm not writing, my words are coming out in blog posts.

What was up in your world last week?
Posted by B.E. Sanderson at 1:00 AM