Long ago in Michigan, I hired some people to come mow my tragically overgrown lawn.  In the process, they uncovered what they thought were a nest of moles.  I went out to see what they were talking about and found a nest of bunnies.  So, I picked all the bunnies up - because their nest was clearly wrecked - and put them in a shoebox until the mowers were finished. 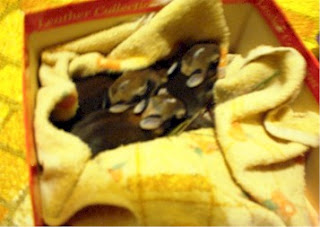 Then I took them back outside and rebuilt a nest for them in the same location, 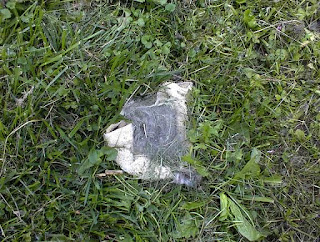 Put them all back inside, 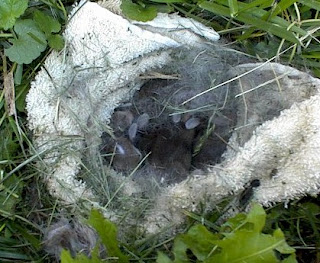 put a large cardboard box with a mama bunny sized doorhole cut into it over the top, and left them alone.

I watched it to make sure the mama came back, and sure enough, she did.

Then I really left them alone until I stopped seeing the mom around the yard. (Mom bunnies stop taking care of their babies pretty early.  I watched to make sure I didn't see her for a few days, and I made sure the babies were eating on their own.)

Now, because I was getting ready to move and because I lived in a populated area where rabbits are likely to either become roadkill or petfood, I decided to move them out to the country where I grew up.  I took the baby bunnies who were now capable of caring for themselves and placed them in a laundry basket.  (Not an easy task with hyper-active baby bunnies, lemme tell ya.) 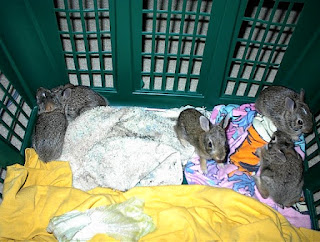 I drove them out to where I grew up.  I released them into a field that would always and forever be a field, right near where the family dog was buried.

I hope they lived long lives and made loads of baby bunnies with the local rabbits.  And I like to imagine that our old dog's ghost spent many happy hours chasing them through the long grass.

Happy Bunny Day, Everyone!
Posted by B.E. Sanderson at 7:33 AM