I talked before about the resident spider - Charlotte - but in the interest of keeping my daughter's pulse from spiking, I'll start with a picture of Max and a warning that she need not scroll down past his picture because there be monsters. 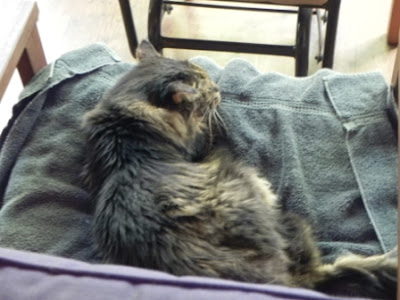 And now we come to Charlotte.  I tried looking up her exact species, but only managed to boil it down to 'standard garden orb weaver'.  :shrug:  Anyway, she's about an inch - inch and a quarter long minus the legs.  And she's doing a wonderful job of eating large bugs.  Yay for Charlotte.

Don't worry - she's outside.  She's just happened to build her wonderful web outside the north window in the sunroom.  And as long as she stays where we can see her and not run into her or have her on us in any way, she gets to live. 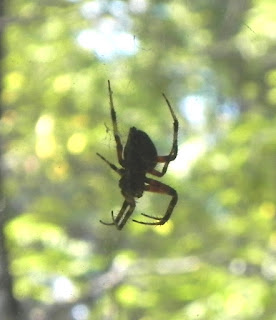 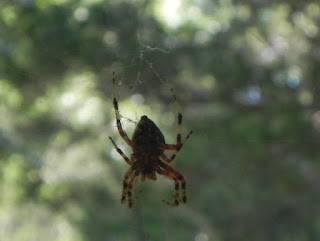 Pretty damn creepy, but she's okay out there.  Now the other spiders her size that keep making their orb webs on the front porch, by the garbage can, and between the cars?  They really need to move out into the woods because the first time I walk into one of their webs is the last time they build one.  I admire their bug eating abilities but my niceness only goes so far.
Posted by B.E. Sanderson at 8:04 AM