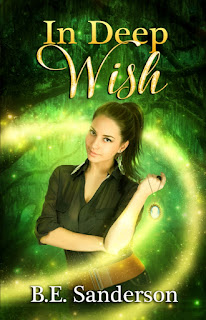 I said I'd give you the cover when I had the cover, and there it is.  It's uploading to Amazon as I type this.  I still need to put it up everywhere else the old cover is posted.  Should be done by the end of the day.

A former employer approached me with an interesting business proposition yesterday.  A non-writing business proposition.  I'm considering it.  Expectation is that it would take 10-20 hours a week.  During regular business hours, so it wouldn't really interfere with my writing - which I do at night for the most part.  Weighing the pros and cons now.  I should make my decision one way or the other by the end of the weekend.  I'll let you know after I let them know.

So, yesterday, some dipshit attacked an off-duty police officer at Bishop International Airport in Flint, MI.  He was reportedly shouting 'allahu akbar'.  In Flint, MI.  For those of you who don't know, I grew up in a little farming community outside Flint.  I mean, Flint sucks and it has for most of my life.  I grew up knowing to stay the hell out of Flint proper because it was such a hole.  But Islamic terrorists haven't been on the radar there.  At least not for me.  Murder?  Yep.  Robbery?  Oh most certainly.  Rape, etc.?  Definitely.  But Islamic terrorism?  Wait, what?  No way.  I mean, Bishop is only an 'international' airport because it has some flights into Canada.  (I think that's it.  It may have flights to Mexico and the Caribbean by now.  I haven't actually been to Bishop since 2001.)  Of course, Flint is only about 90 minutes out of Dearborn, which has a huge - and so far low-key - Muslim population, so it probably shouldn't be as surprising as it was to me.  It's just that I wouldn't have expected to hear about this shit there.  Hell, it's only about 30 minutes from my mom.  =o\

The world, she is a changin'.  In scary, weird, asinine, unexpected ways.  I don't know about you, but it kinda makes me want to dig a bunker and become heavily armed.

But I have books to write and promises to keep and miles to go before I... Well, you get the picture.

To that end, I'm at pg 131 in my edits.  Even with the business proposition looming in my head.  Even with a phone call from the Kid last night.  Even with the world spiraling into a craptastic mess.  I'm still working.  Finally.  You have no idea - okay, maybe you do - what a relief that is.  And I'll keep working as long as the world lets me.  Cuz this is America.  And fuck those who would make it NOT America.  Am I right or am I right?

That's it for me today.  How's about you?