Hi Guys.  Another week has flown by and here we are again.  Tada!

I believe I finalized the cover for what is now Accidental Death (formerly Wrongful Termination): 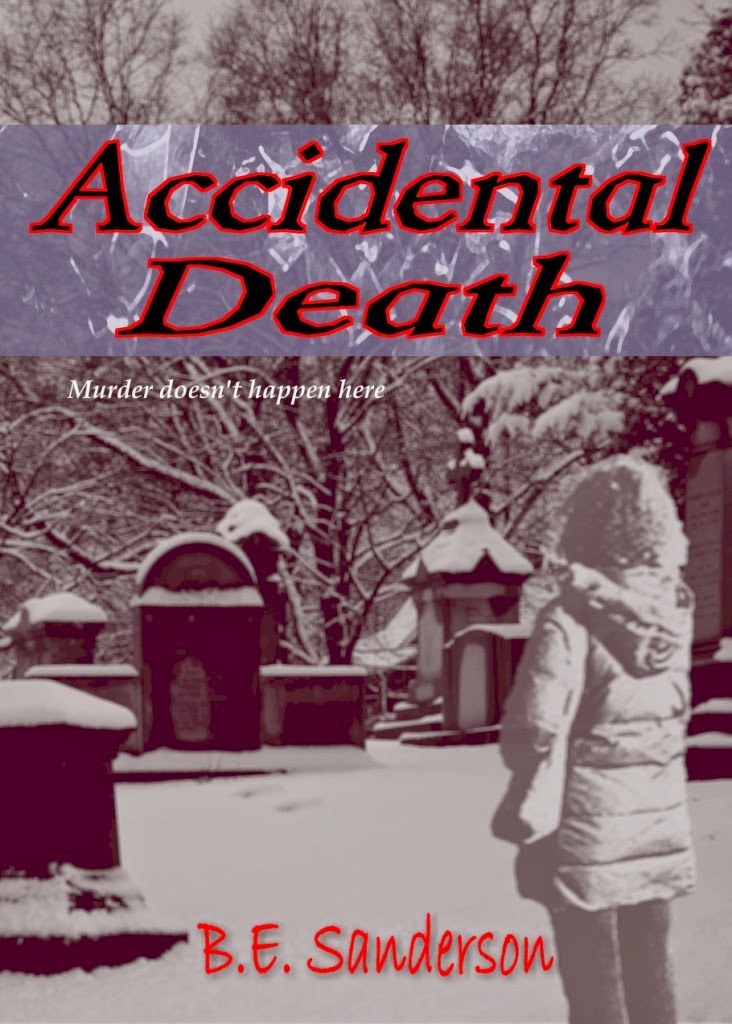 The tagline is 'Murder doesn't happen here'.  I like it and I'm sticking with it.  It fits and it flows.  (And in case you missed it, Deb Salisbury and DL Hammons both get bookmarks.  I still need your address, DL.)

I should be receiving the edit notes tonight or tomorrow, then depending on how much Ms. Editor has to say about the writing, I should take a couple weeks to get that hammered out.  Then it's back to her for proofreading, fix those comments, off to a couple other people for extra-eyes proofing, print out for Hubs, re-through for me again, fix all that...  Ugh, I'm tired just typing that.  Long story finally shortened - I should be able to launch this puppy in approx. 6 weeks.

Also in the news this week, I got some more work done on Fertile Ground - but not nearly as much as I should've.  I think part of my foot-dragging has to do with the fact that this isn't even supposed to launch until like August, so I have scads of time.  And whenever I'm faced with scads of time to get something done, I dawdle.  It's a bad habit I have.  I want to be one of those people who works ahead and gets things done in advance, but I'm not and I don't think I ever will be.

In non-writerly news, Hubs and I closed off the underside of the sun porch this week.  It was basically open to the elements.  Last year, Hubs insulated under there, but the squirrels and the birds were having a gay old time with the insulation, so we took OSB board and closed it all in.  Looks quite lovely.  But man, was it a pain in the buns.  Talk about sore muscles and bruises.  Ugh.

That's about it for this week. I think.  My caffeine to blood ratio is still too low to think properly.  Have a great day everyone.  I'm off to refill my mug.

How were things for you last week?