So I woke up at around quarter after five and my first thought was 'it's Friday'.  My second thought was 'good thing I woke up early because I have the rest of that book to edit before I send it to my editor'.  I was out here sitting at the computer through a cup of coffee and a cigarette before I realized that it is, in fact, Thursday.  So now I have two days to get my work done.  Yay.

Yes, a writer has to edit their books before they send them to an editor.  Look at it as tidying up the house before the cleaning crew arrives.  Sure, they're coming to clean, but there are things you'd rather have tucked away before they get there.  (Not that I've ever paid anyone to clean my house, but I certainly wouldn't want my scanties laying on the bedroom floor, dirty dishes in the sink, or my piles of papers scattered around where they might be mistaken for garbage.)  So I'm cleaning before I send the manuscript off to the person who will look into the cracks and crevices - rooting out writerly dust bunnies and wiping down smudgy prose.

Speaking of house cleaning, it still looks like a disaster area in here.  I'm cleaning a little at a time.  Which probably means that once I get to the end of the cleaning, I'll have to start over.  But that's all I have time for right now.  And Hubs has been furiously sanding every non-precipitating day he can.

To that end, here are pics of his work: 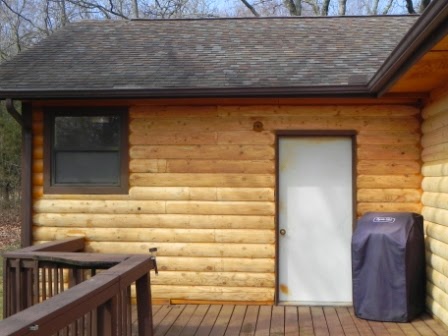 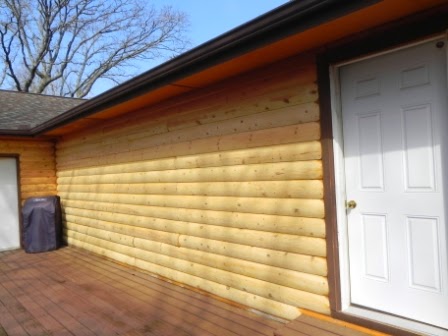 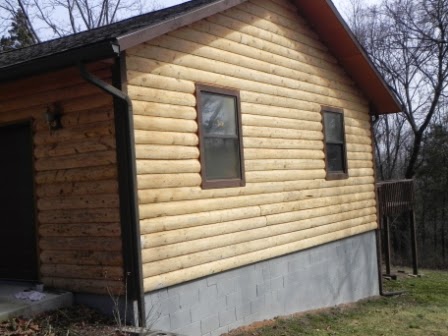 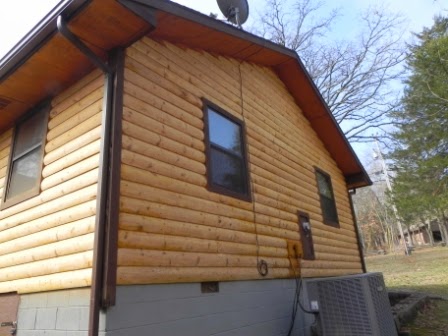 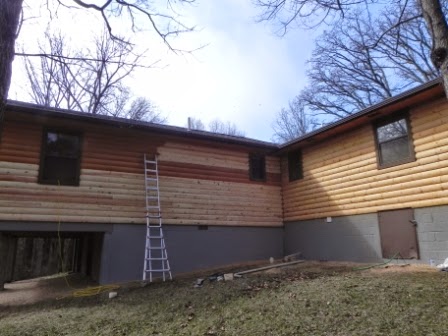 By the end of today, he'll have all the orange gone from that last picture, too.  Then all that's left is the back of the house and cleanup work.

I spent some time this morning researching book review sites here at The Indie Book Reviewer.  Most of the ones I looked at don't do suspense, but I'll keep going.  If I ever get a book review, I'll let ya know.

And now, I really need to get my scattered brain on track.  This book won't edit itself.

What things have you scattered lately?
Posted by B.E. Sanderson at 7:39 AM