The Evils of Bio Writing 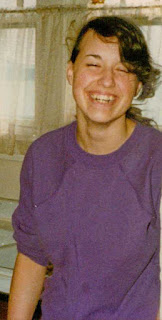 I was having a chat the other day with a friend of mine about bios.  Okay, I was bitching and she was helping me bitch.  You see, I'm back out there doggie-paddling through the query pool, and some agents I've been researching want a bio.  So, in desperation and, I'll admit, more than a little sarcasm, I wrote one:


You want to know about me? I used to live in Salt Lake City where I was the secretary to the president of a multi-million dollar private school system. Before that I managed telemarketers in Tallahassee, Florida. Prior to those glory days, I was a manufacturers’ representative for electronic components (the little gizmos that go into all our technological wonders) where my southeast Michigan territory encompassed both Flint and Detroit. ...:portions redacted for privacy's sake: My life is kinda dull, more than a little drab, and often just short of hermetic, but it works for me. It’s also why I spend 75% of my time living in my head remaking the world in my own image. The other 25% is mostly spent reading, blogging, visiting my friends on the internet, reading (it was worth saying twice), doing housewifely pursuits—i.e. cooking, cleaning, baking, crocheting… *yawn*—spending time with my husband and daughter, as well as playing slave to my two cats. (Too many more felines and I get to be that crazy cat lady you always hear about.) The point is: I write, I imagine, I dream, I research and learn, then I turn it all into pages and pages of stories. In short, I’m a writing machine and that works for me, too.

And I sent it off to this friend.  She thanked me for the laugh and then commiserated.  How does one write a bio with anything writerly in it when nothing in your writing career has happened yet?  I mean, it's not like I can (or would) say that I'm an ex-government agent or a firebug - because, ya know, that's what this book is about.

For fun, though, I sent her some personal taglines:

I haven't decided what I'm going to do yet.  For now, I'm rotating the bio-requesting agents farther down the list, but I can't put them off forever, cuz that would be stupid.  And who knows, maybe I will just go ahead and send the tongue-in-cheek bio.  At least then they'll know who they're really working with.  ;o)

What about you?  Are your attempts at the evil bio scintillating or flat?  Got any good taglines for yourself?