We're creeping up on the end of the year and I don't know if I should continue these updates in 2015, or just let it go.  Time will tell.

And I'm kind of in a funk this morning, which makes it harder to see anything I accomplished in the past week.  But here goes:

I started the edits for Dying Embers this week.  I may have said this here or somewhere else, but as I was beginning to attend to the notes my editor had given me, I noticed a bunch of other stuff that was bothering the heck out of me.  So, to that end, I'm taking her notes and fixing them chapter by chapter.  After I finish each chapter of her notes, I go back to the beginning and polish the hell out of the manuscript to fix all the little things that are bugging me.  So far, I have 5 chapters done and I think they're way better.  We'll see what she thinks when she gets the manuscript for the next round of edits.

And it sort of makes me want to send a huge apology letter for sending her the dreck I sent her to edit in the first place.  That she made any sense out of that steamy pile is amazing.

It's also giving me edit brain.  How many ways can I reword a simple sentence??  I don't know, but apparently, I'm attempting to find out.

I ended up freezing a bunch of turkey leftovers because by Wednesday, we just couldn't stand eating turkey anymore.

I made pumpkin muffins this past week.  They turned out really good, and I posted the recipe yesterday, if anyone's interested.

Also, I decorated the house for Christmas. 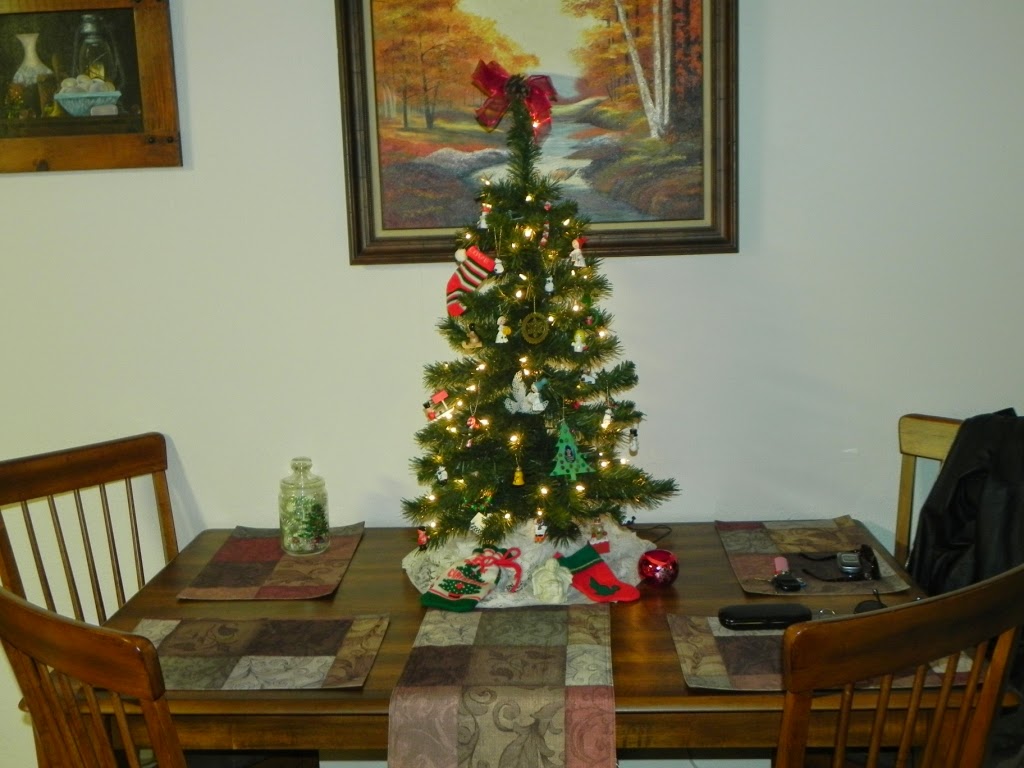 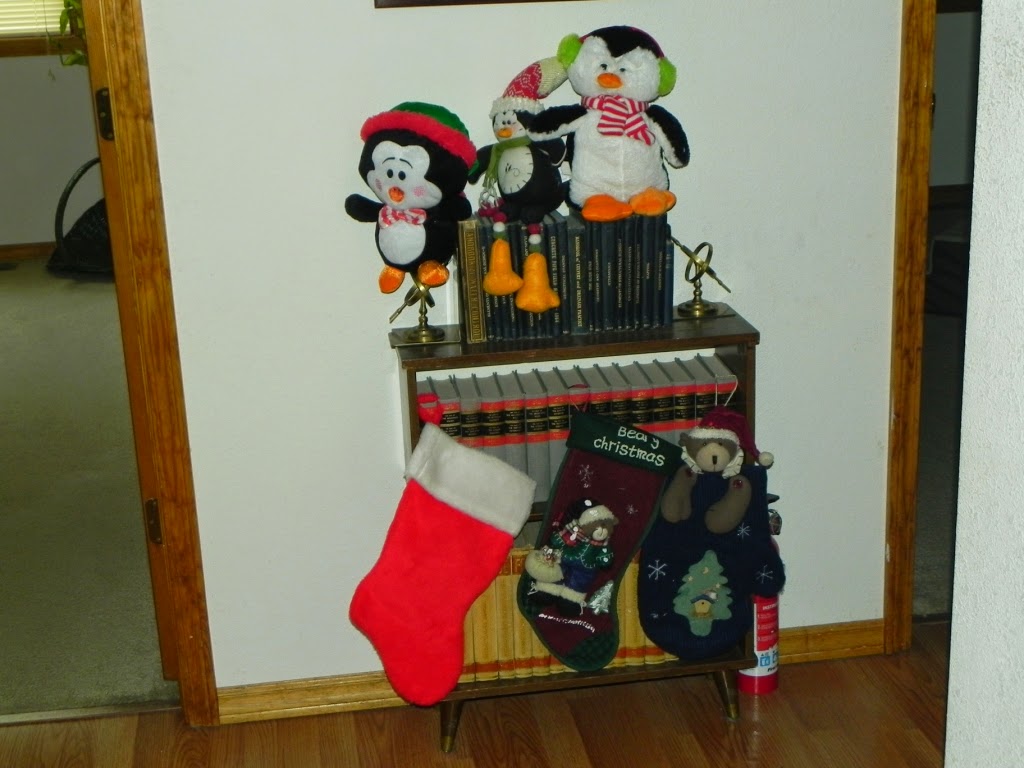 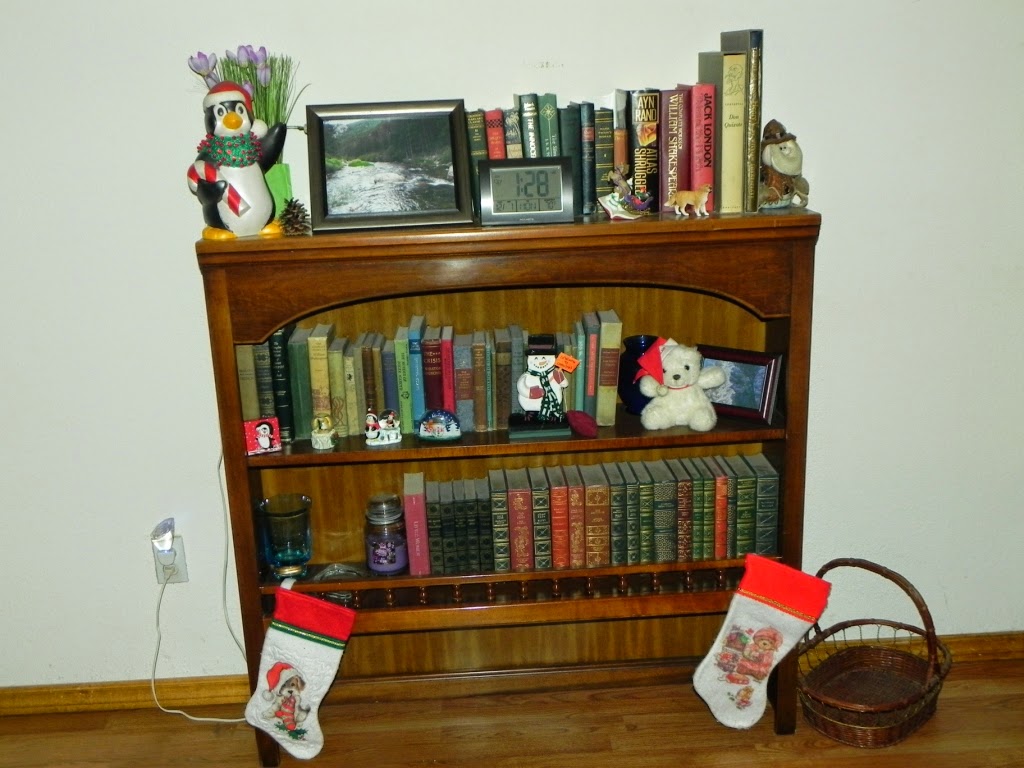 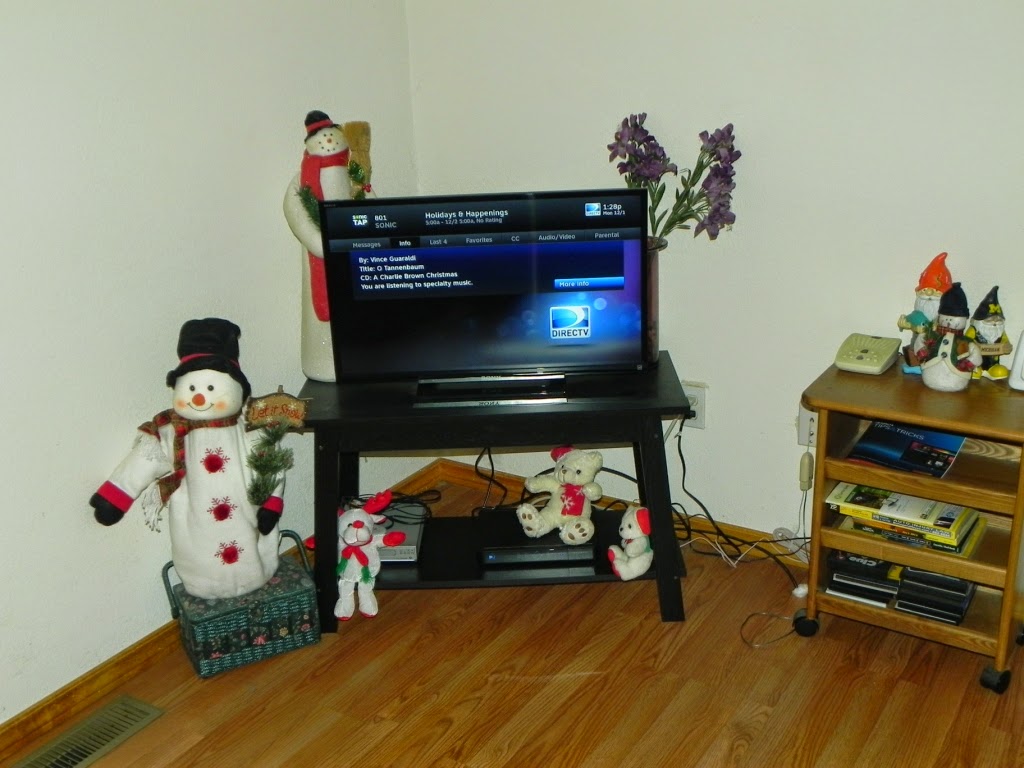 Now we're playing the fun game of 'what do you want for Christmas?'  Laying in bed last night, we talked about the subject and ended up laughing because I don't want anything and neither does he.  We've already given each other everything we need, and anything else on the list are things we don't have the fundage for right now.  (Like a second car, or a fishing boat, or junk like that.)   So, most likely, the space under the tree will end up like it did last year - with Christmas cards all around and no presents.  Works for me.

How were things in your world last week?  Anything looking good for the week ahead?
Posted by B.E. Sanderson at 7:49 AM