Years ago I was flipping through some stuff my mother had saved from my childhood.  In the box was a stack of old report cards.  I wasn't the best student in the world, but even with that, I got mostly As and Bs.  Not really remarkable.  What was remarkable were the constant notations of 'Talks too much' - every term for damn near every grade. 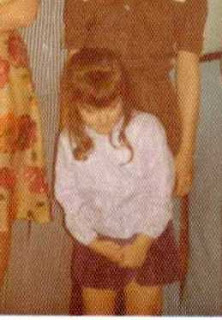 I don't remember a lot of my childhood.  I think I vaguely remember being told to be quiet on at least a few occasions.  (Or it could just be a memory of a memory of someone else telling me about it.)  I know my mother tells the story of when I was small and she asked me why I wouldn't be quiet.  My reply "I was born to talk".

Thinking about all of this now, it makes me wonder if all of that has carried to now.  You can't actually hear me on the internet, but I'm still out here talking.  I comment on blogs and Facebook.  I write this blog.  I tweet - albeit sporadically.  And looking back at those long ago teacher comments, I wonder if perhaps I might talk too much.

Sometimes when I comment on another person's blog, I look up at the other comments and note those are like a line, maybe two, while my comment is a couple paragraphs.  That's when the elementary school teachers invade my brain.  "You're doing it again.  You're talking too much.  No one's going to like you if you don't stop talking so much."

:shrug:  If they only knew.

So, I'm a chatterbox.  It's who I am.  I'm the daughter of a consummate salesman and the youngest of five children.  If I didn't talk so much I would've never been heard.  And really, how much is 'too much'?  I'm guessing the poor sap who gets stuck behind me in line at the grocery store probably thinks I talk too much.  (Yeah, I can easily turn a quick stop at the store into a fifteen minute conversation.)  I try to be considerate of those around me, but... well... that's not always possible.

I need to just accept who I am and stop worrying so damn much.  Ya know what I mean?  So what if my comments are way longer than everyone else's.

I guess what I'm trying to say is that if the comments I'm leaving on your blog are too damn long, now's your chance to speak up.  I'll try to honor your wishes.  I may not always succeed because hey, I'm still that little girl who talks too much.

Now it's your turn to fess up: What was the most frequent comment on your old report cards?
Posted by B.E. Sanderson at 7:48 AM