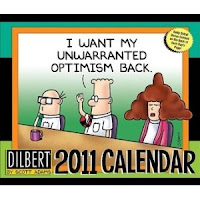 Okay, so here are the books I got yesterday - all of which were purchased with the exception of Lynn Viehl's (I won that and it was waiting on my porch when I got home.)

The Edge of Sight by Roxanne St. Claire (Romantic Suspense - The first book in her Guardian Angelino series) - READ

Enemy Lover by Karin Harlow (Romantic Suspense - I didn't know whether to put Harlow in old favs.  This is her first book - as Harlow, but she's been writing as Karin Tabke for years) - READ

Virals by Kathy Reichs (YA / Suspense - based off the Temperance Brennan novels, this one is about Bones' niece Tory Brennan) - READ

New to me authors...

Ariel by Stephen Boyett (??? - a post-apocalyptic with magic realism thrown in - the cover snagged me and the premise seemed interesting)

Outrageous Fortune by Tim Scott (??? - dark humor/fantasy/SF - supposedly in the vein of Douglas Adams and/or Monty Python... I just saw the reviews and I'm wondering if I wasted my money.  We'll see.)

Red Hot Fury by Kasey McKenzie (urban fantasy - the cover got me on this one, too, and I love the idea of using Furies as the main species)

Night Child by Jes Battis (also urban fantasy - I'm not exactly sure why I picked this one up, other than I was looking for some new urban fantasy so I could see what Djinnocide is up against out there. One reviewer called this CSI meets Buffy, so it should be interesting at least.) - READ 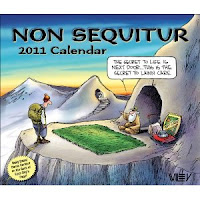 Plus, I got a couple new desk calendars:

Dilbert - I love love love Dilbert, so this was a necessary. I found this at Borders and snapped it up. Too bad they didn't have one at Barnes & Noble (where I stopped first) which is why I bought...

Non Sequitur - I don't know anything about this, but the cartoons looked cute.
Posted by B.E. Sanderson at 10:58 AM