Here's the pics of Fat Boy I promised on Sunday: 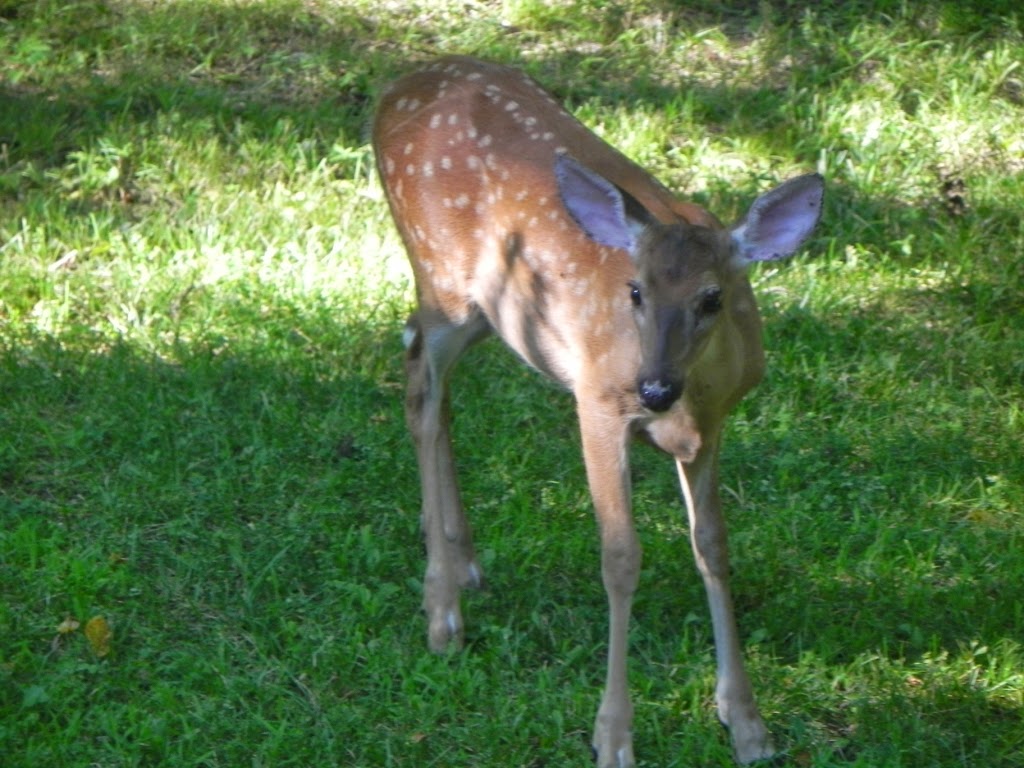 If his head was bigger, he'd be mistaken for a calf.

Now here he is with his mom, who we've named Scarlet: 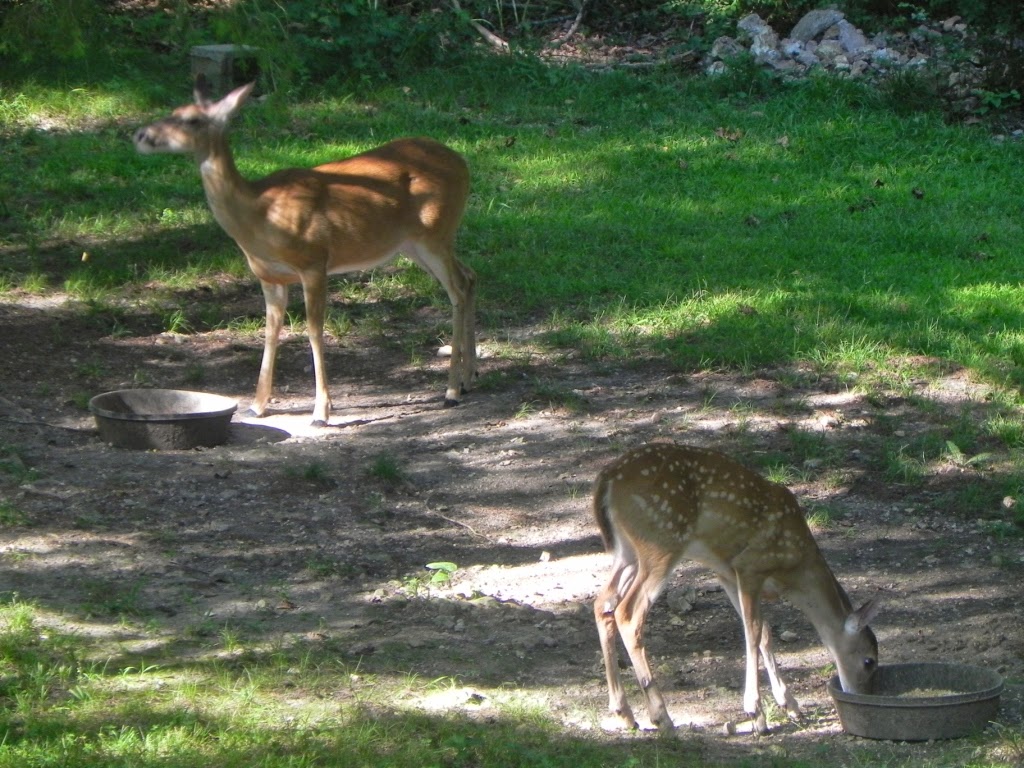 Please note how Fat Boy isn't really that much smaller than his mom.

And here he is taking a snooze in the yard: 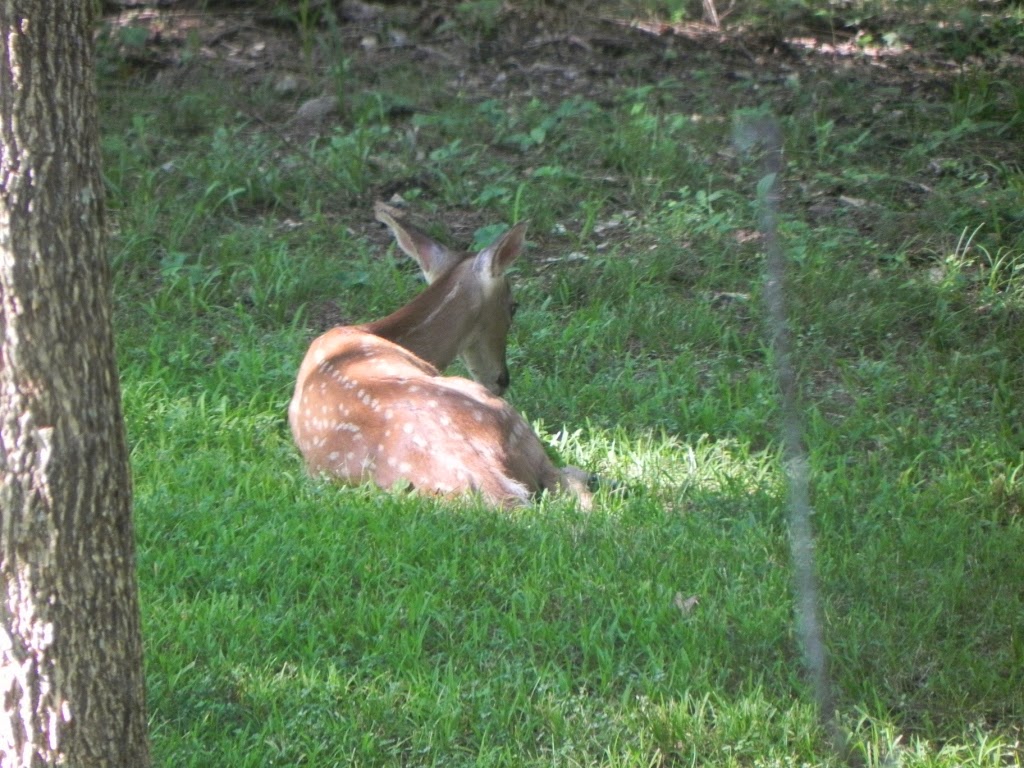 Of course, we really have no idea if this is a male of female fawn, but Hubs read somewhere that the boy fawns are generally larger than the females, and he's been the largest since we first started seeing him.

In other deer news, we learned he isn't the only fawn left on Walton's Mountain. Turns out we've started a trend and several other homes are now feeding deer, so they're hanging out at those houses instead of ours.  The twins we thought we lost are actually over there.  Yay!  I still miss the big herd around the yard, but at least they're okay.

Oh, and in case you missed it on my FB feed, the bucks came back the other morning: 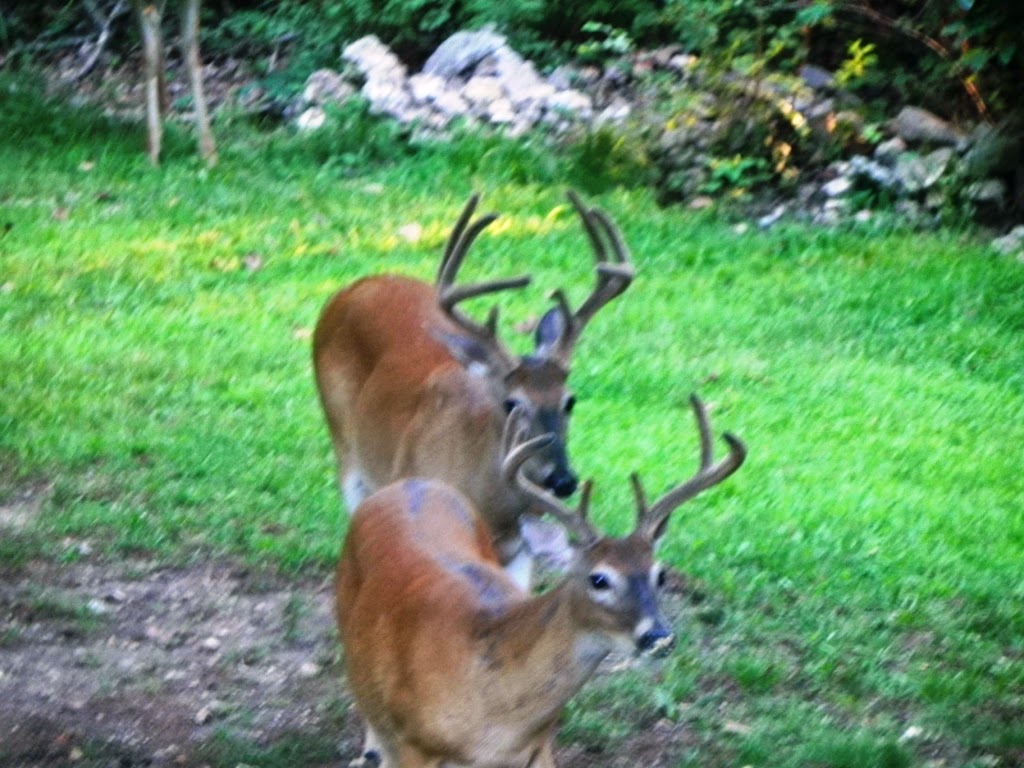