Well, here we are again.  I can tell you one thing - I got up way too freakin' early today and it's making me loopy, so be warned.  ;o)

Okay, let me just start out by saying that I still can't get past the news story I just read about the college kid who was found dead in his dorm room.  His room was filled with helium but the article said - twice - that his death isn't suspicious.  I'm suspicious.  Unless he was blowing up balloons and the tank leaked, how the hell did the helium get into his dorm room??  I could see it if he was found dead in the science building.  Hubs says I am suspicious of this because I am a writer.

Speaking of Hubs, he's about 30 pages from being finished reading Accidental Death for the first time.  He has been amused, surprised, and enthralled. (I say enthralled because he's inhaling this and he completely ignored the Log Cabin Living marathon I was watching last night.  He loves log cabins and he didn't even look up when I said something about how beautiful this one was.  I'm taking that as a win.)

Yes, I know.  I don't usually have Hubs read until AFTER the final edits, but I needed him to vet some things and I didn't want to have all the edits done only to find I messed something up royally.  Good news - he hasn't found anything wrong with what I wrote.

So, Accidental Death is out with the editor.  And I've contacted a cover artist for Djinnocide (Wish in One Hand).  AND I'm reading through Bloodflow for content and clarity.  Busy busy. But it's all good.

In non-writerly news, I took the garden shears and the limb saw out yesterday and whacked holy-hell out of the vines that are prevalent around here.  You see, we were looking into the back of the property and noticed that the two oaks off the sunporch were looking peaked, and the three trees just off the yard are lagging behind in the leaf-generation stage.  I assume the culprits were the damn vines.  So I killed them.  As I headed out the door, I was amusing myself by chanting "Some must die so that others may live."  The back yard is now covered with dead vines and the stuff still up in the trees is all wilty, so life is good.  I know killing the Virginia Creeper last year seemed to help the small oak off the driveway.  And killing the Virginia Creeper in the side yard the year before has done wonders for the black walnut trees there.  I also got rid of some grape vines and some thorny viney crap I haven't identified yet.  The latter whipped around and got me in the back of the leg.  One scratch.  Die!

I also planted two mint plants.  I shall name them Thing One and Thing Two. 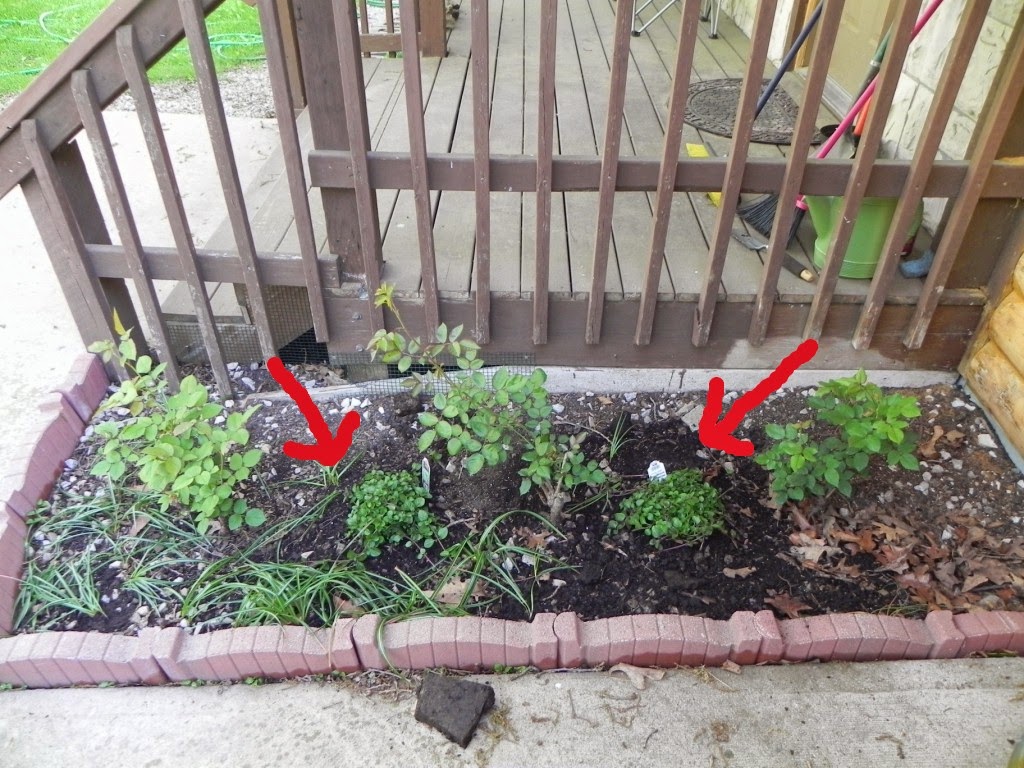 Today I plan to weed the iris bed.

What happened in your world last week?  What on tap for this week?