For some strange reason I decided to undertake the job of taking my daughter's senior pictures.  Trying to save money, I guess.  That and the leading photographer in this two horse town... well, he takes awesome pictures, but I don't like him on principle.  (Long and boring story there.  Suffice it to say, he's a butthead.)

If you've been around here enough, you know I like to take pictures.  And I'm not so bad at it, if I do say so myself.  Here's the thing.  Taking portraits is a totally different animal from taking nature shots.  Totally.  And while I can blame some of the crap shots on not being as familiar with my Nikon as I should be, the rest of the blunders are on me. 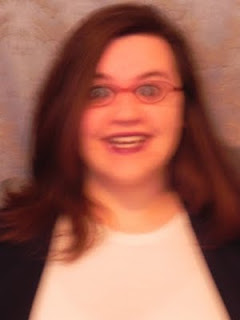 I've flattened the top of her head, turned her pink, caught her in a pic worthy only of a mugshot, but most of my gaffs are just blur.  Holding a camera steady for longer than a few minutes is harder than one would think.

Still, I think I have a few good photos to print for actual Senior Pictures.  The family members who replied to my email think so, too.  (Although Mom insists that if I can't edit the strand of hair out of her favorite casual shot, I have to take more.  And I will.  Anything for my Mom.  She's a goddess, after all.)

All in all, it's been an interesting and educational exercise.  If I had it to do all over again?  I might go back a year in time and fork over the money - regardless of how much of a dork that photographer is.  Still, I'm glad I gave it a try.

Ever undertaken something you could've easily paid someone else to do?  How'd it turn out for you?
Posted by B.E. Sanderson at 10:01 AM