First off, Happy Fathers' Day!  (I never know where to put the apostrophe there.  It's a holiday for all fathers, right?  :shrug:)

I made it all the way to page 104 in the deep edit of Up Wish Creek.  Tackled one particularly gnarly scene where I couldn't tell what the hell I meant or who was speaking.  Slapped that one around, cut and pasted, deleted and rewrote until it did what it was supposed to do and furthered the story.

Sales are dwindling from my Memorial Day Weekend advertising.  I supposed I should be glad it lasted this long, but I need to find a way to get some kind of momentum so sales aren't a total roller coaster.  I haven't managed to secure any new advertising this month.

I read some awesome stuff this past week.  My friend and colleague and all around awesome person, JB Lynn released the 15th book in her Confessions of a Slightly Neurotic Hitwoman series - The Hitwoman Under Pressure.  It was awesome.  And I need to write some reviews.  I also read a book by Ngaio Marsh called Overture to Death, which was loads of fun.  One other book I read was by Helen MacInnes.  The first one of hers I'd read.  It was really good until the very end, when something happened that I didn't think was bloody-well necessary to the story as a whole and kinda ticked me off.  :shrug:

I spent Wednesday morning scouting new fishing locations and taking awesome pictures - like this one: 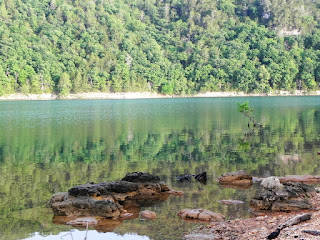 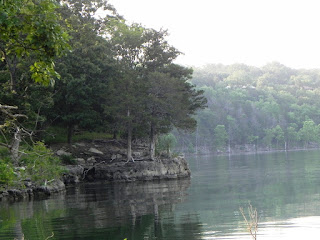 I saw my first baby deer this week when I was out scouting new fishing locations.  Twin fawns crossed the road with their mama, an aunt, and probably an older sister.  Unfortunately, I was in the car and did not get the camera out in time to catch a shot.  (It usually rides in the car in its carrying case.  That'll teach me to care more about the camera than a potential awesome shot.)

I also went fishing on the last not-grotesquely-hot afternoon until probably September.  Caught about a dozen little fish.  I thought they were baby rock bass.  Nope.  Upon further research, I have learned they were baby green sunfish.  All about 3-4" long, so no keepers.  Oh well.  I had a lot of fun.

Umm, yeah, about that further research.  Turns out what I thought were too-small rock bass all along were actually really nice-sized green sunfish.  So I didn't need to throw them back. In fact, the one 8.5" 'rock bass' I threw back would've been a nice meal as a sunfish.  Better safe than sorry, though.  I do not need to get slapped with a fine for keeping a too-small rock bass (they have to be over 9" inches here) and in my defense really big green sunfish (no size limit there) do look kinda like the rock bass I remember catching when I was a kid.  Live and learn.