I finally remembered to update, so not a perfect record, but I have posted every Sunday for 10 weeks.  Go me!

However, this is the second weekend in a row that I don't have much to update y'all on.  And I can already see next week ain't looking good neither.

Let's see.  I rearranged my office... 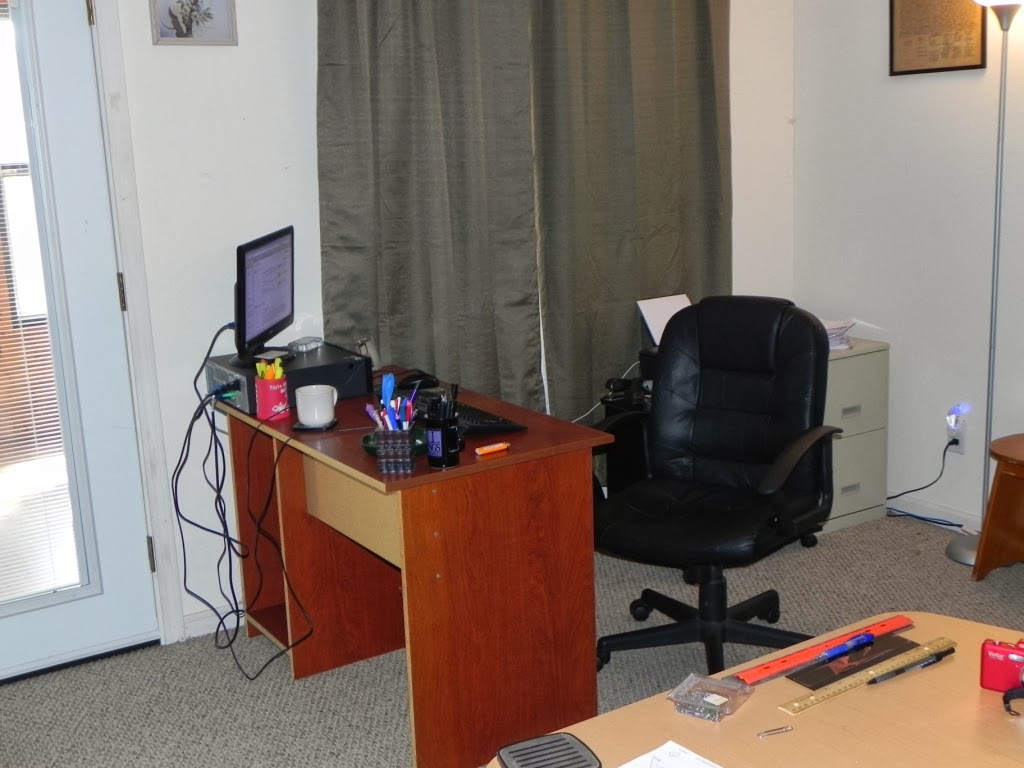 My desk used to be facing the curtains - which made the curtains really hard to open.  Now I feel like a receptionist.  ;o)

I sent out a few more queries, but I haven't heard anything from any of them recently.

Hubs and I went clothes shopping together - and no one died.  We're both outfitted for summer now.  Plus, we got him a camera of his very own, so maybe I'll have some shots of myself to post here eventually.  We also went to lunch and no one died, but afterwards, I kinda wanted to.  Last time we eat there.  Ugh.

I got my hair cut the day we went shopping.  At a real hair salon.  They did Hubs' hair first so I had plenty of time to pick out a hairstyle.  And what she did looks nothing like the picture I showed her.  Maybe she felt weird about taking that much off.  (I've had hairdressers who admitted they were leery of taking me from long to short, so it could happen.)  It looks good, though, so I'm not complaining.  It's about 5 inches shorter than it was, so that's something anyway.

In writerly news... Well, I got nothing.  I hit a spot in Djinn 3 where I wasn't sure how to proceed and while I have been thinking about it, I haven't been forging ahead.  Maybe today I can just push past it.  I also haven't done any editing.  I think what happened is I overloaded my plate and once I realized that, I just sorta dumped everything.  Silly, I know, but I'll get back at it.  Honest.