Hey, remember in Total Recall (the original awesome one - not that thing they did to remake it) when the secretary was painting her nails?  She just used a wandy-thingie, touched the tips of her nail, and it changed to a different color.

Well, I'm not quite using that level of technology, but I am using Microsoft Image Composer to look at different colors on my house so we can get an idea of what color would look the best.  (Yeah, Image Composer - which I've had and used since 2000.  They don't even make it anymore and it's not 100% compatible with Windows7.  But I'm used to it and it is awesomely easy.)

Anyway, I used one of the photos I took of the house: 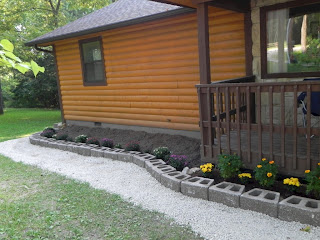 After several false starts, including one where I turned the whole picture B&W, I got into the 'tools' in the program and chose the 'colorization' function to make the orange part white (for a better canvas): 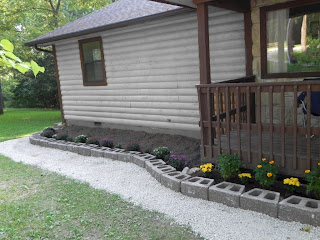 And since then, I've been trying various shades of wood tones.  Anything to get rid of the orange.  I even tried to match the wood - using the 'color picker' tool (it sucks the color off any other image and puts it into the 'paint') I tried to match our sunroom paneling: 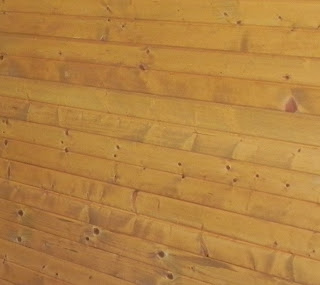 And ended up with: 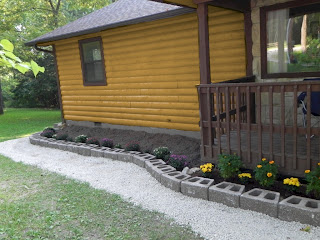 I tried to pull colors off one of the does:

But everything looked flesh toned...

I tried using a fawn's coat: 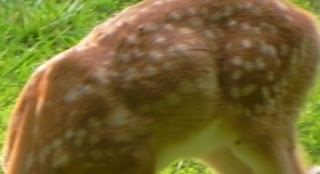 But the background was making every attempt pull too much green.

Anyway, I'll probably play with it some more today.  I may even go out and take a full frontal pic of the house to get a better canvas to play with.  :shrug:

Yeah, I probably should be writing...

What are you up to today?  And once you get done answering that question here, please go over to the Killer Chicks and answer it over there.