Yep, forgot it was Sunday.  Let's just say my mind has been elsewhere lately.  Chiefly, this is the beginning of my first ever week before release day.

Last Sunday, I set up my very own FB author page and to encourage fans, I held a contest for a $25 gift card open to my first 50 likes.  Took about 24 hours.  I'll hold another one for my first 100 fans, so if you're on Facebook, and haven't liked my page yet, go like it.  When I get close to 100 likes, I'll formally announce the other contest.  Which means people who like this blog would get in on the ground floor.

I also spent the week scouring Dying Embers for mistakes, flaws, continuity errors, and anything else I might've missed along the way.  I finished last night and I can safely say... Well, not that I got them all but that I am done looking.  What ain't fixed ain't gonna be fixed, cuz if I ain't seen it by now, I ain't a-gonna see it.

Also, I made a Goodreads listing for Dying Embers, and applied for membership as a Goodreads Author.  I got approved for that this morning, so that page is set up now, too.

Ugh.  I'm tired just thinking about it all.

The cover artist and I are like this close to having a print cover.  And some marketing materials.  Which will be cool.  He did this as a fun thing: 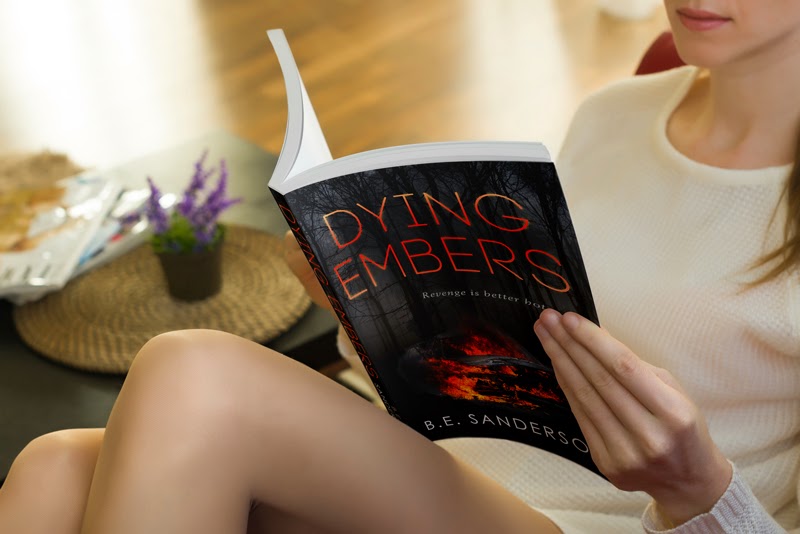 Except I didn't know it was for fun, so I was all like "I see my target reader more as sitting in sweats eating a half-gallon of double fudge brownie ice cream - spoon in one hand, book in the other.  Or with wine."  (At least that's how I like to read a good suspense.  How about you?)

Other than Dying Embers stuff I haven't done much of anything.  Well, Friday I did go thrifting and picked up two awesome chairs: 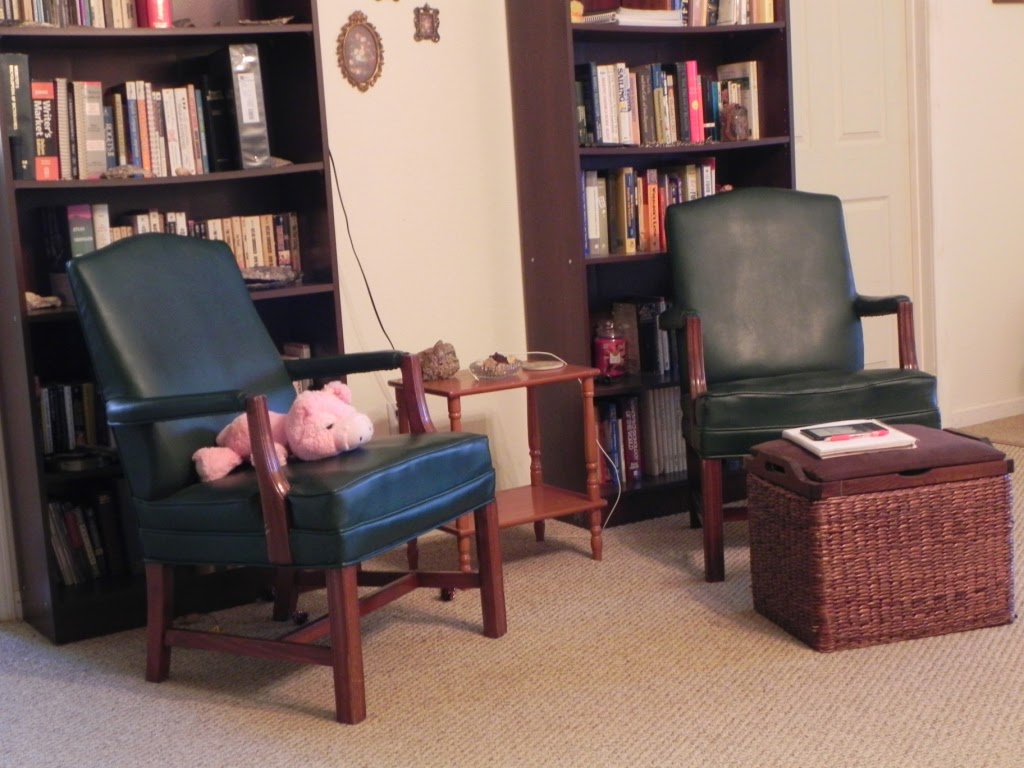 I edited in the right one yesterday morning while Hubs was sanding.  It was awesome.  The left one is for Pretty Pink Pig - unless Hubs wants to sit there.

Hubs also made some progress on the sanding (which was why I was editing in the office instead of the living room - it's pretty loud).

What's news in your world?