Well, since I can't think of what I did at the moment, I'll talk about what Hubs did.  He re-started the sanding project wherein he's removing the orange paint from our beautiful log siding.  He did the front of the house mid-2014.  This past week he started on the south side of the garage. He got one day in - partially - before he got frustrated with the sander disks flying off.  Did a little research and discovered the hook and loop design on the sander pad breaks down over time.  (The tiny hooks break off and don't hold the loops very well.)  So, we ordered new sander pads and had them overnighted.  He was back to work Wednesday morning. 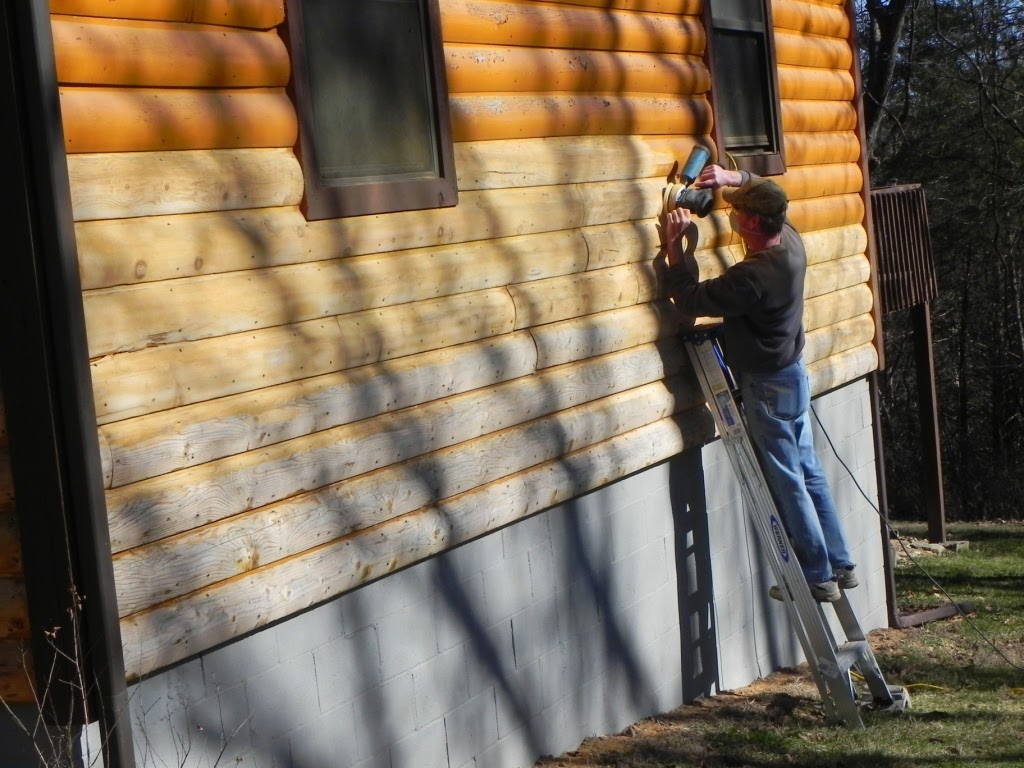 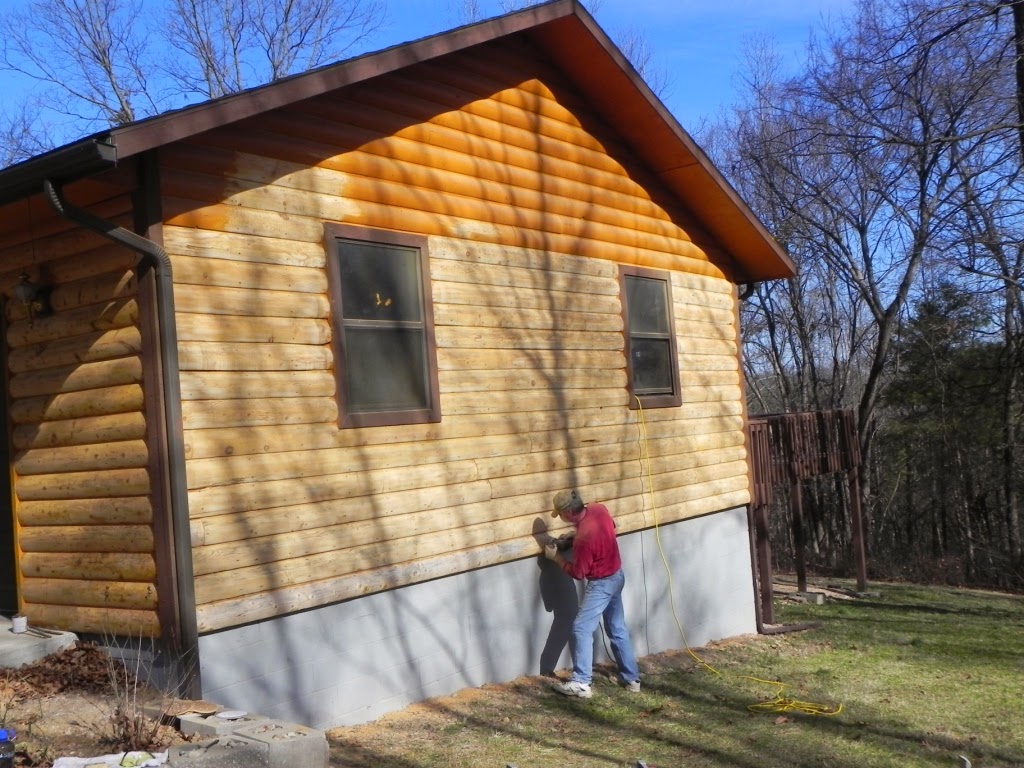 (That's him sanding the gray off the work he did early last year - to test out the sander.  Now it's all uniform.)

He took yesterday off to recover and because the weather was predicted to be gross.  Today is actually gross, so he'll take today off, too.

And while he was doing all of that, he took the time to read my book in hardcopy.  He thoroughly enjoyed it - which is saying something because he reads very little these days.  And he asked when my next book will be ready for him to read.  I admit to shooting him a look which probably said something to the effect of "you have got to be kidding me, right?" because he changed his tactics and said something about he wouldn't be ready to read again for a couple months.  (Give his eyes a break and he's got a lot of work to do, etc.)

For my part, last week was spent scouring Dying Embers for any typos or little niggles that would irritate me as a reader. You'd think with as many times as I and others have looked at this thing, it would be spotless.  Nope. I found three pages worth.  Ugh.  And after I was done, Hubs found one thing even I had missed.  I fixed those last night.  I will read it one more time, and then I'm done.  Any flaws left after that will have to remain in their hidey-holes until some reader finds them.  All apologies to any reader who finds a mistake after this.

As to Hubs' question of when the next book will be ready, I'll tell you what I told him - I still have to decide which book I'm launching next.  It's a toss up between a small-town mystery that's been compared to the old hard-boiled detective books, and a suspense centered around technology and government conspiracy.  I'd really like to send Djinnocide out there, but I haven't heard back from Baen yet, and it would tickle me to have Baen publish that series.

Hey, quick question that might help me decide between the two books - what do you think of a story launched in the spring that's set in the winter?  Do you care about what season a book is set in?  It's not a Christmas story - just winter.

Now, your turn.  What's doing in your lives lately?