Random This n That 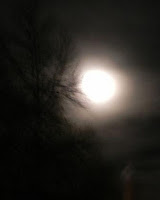 It's Friday the 13th.  (Yes, I have a flair for stating the obvious.)  I didn't even think about it until I ripped off yesterday's page on my daily Dilbert calendar.  Derp.  Oh well, this day isn't any less lucky than any other.

Anyone remember that song Mahna, Mahna from Sesame Street?  Well, last night as I was writing, it showed up on my Bush radio station in Pandora.  A band called Cake remade it.  Sesame Street meets heavy alternative.  Very warped.

Wednesday was the 18th anniversary of the car accident that pretty much changed my life.  An instant of stupidity followed by months of therapy and a total transformation of the silly, ignorant, immature girl into someone who learned how with enough hard work a person can achieve any damn thing.  No one should have to learn that lesson the hard way, but I'm glad I learned it.  I can't imagine who I'd be if that accident had never happened.  (Although, there's a pretty good chance I wouldn't be all scarred and gimpy.) 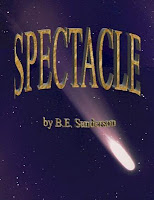 Oddly enough, it's also right around the time 8 years ago when I started what would become my first finished novel.  What started out as simple The Comet, and morphed into something called Scaremongers, to finally end up as Spectacle.  And later, when I realized no one got that title: Fear Itself.  I still love that book and have great hopes it will someday be published.  But yeah, it's gathering dust.

If y'all remember correctly, I finished December out at 47K words.  This month's total so far?  A piddly 8700.  I really need to pick up the pace, but Daughter's still home and we've been dealing with college stuff.  Expect better word counts after Monday when I take her back to CSU.

Skinny little teenage girls in bikinis who are looking for love keep trying to follow me on Twitter.  I'm a little creeped out.  Do I look like a pervy male?  Do I come off as tilting toward that side of the street?  Seriously.  Ewewew.

I heard an owl this morning.  My native American neighbor says that according to her people, an owl hooting outside your house is a bad omen.  Since I hear them all the time, I'm not feeling the urge to run screaming into the night.  Still, today is Friday the 13th.  Keep your fingers crossed for me.

Got anything random to add? Feel free to leave it in the comments.

And while I was looking for a video of the Mahna, Mahna song, I stumbled across this Muppet version of Bohemian Rhapsody... ROFLMAO!

*I took the above pic the other night.  Creepy, huh?  And the other image?  Well, that was my lame-ass attempt at creating a cover for Spectacle.  Don't judge me.
Posted by B.E. Sanderson at 9:11 AM