It's been a week.  Stuff happened.  Other stuff was done.

Stuff happening tends to derail stuff being done.  Know what I mean?  And it's not all stuff I can talk about.  Nothing personally specific to me - close enough so that I'm effected by it but far enough away so blasting it on the internet isn't up to me.

Other than that, Max hasn't been feeling well again.  Oh, he seems to feel alright, but he's not eating.  I picked up more antibiotics, but they aren't cutting the mustard.  Back to the vet tomorrow.

I'm about 70% of the way through the line edits for Bloodflow. Then I have to input all those changes - both large and small.  I have plenty of time, since this one isn't releasing until November.  Still, I wish I could pick up the pace.

I should have the final edits back for Wish in One Hand sometime this coming week.

I got the bookmarks ordered for Wish in One Hand.  I'll have those by August 3rd.  I should have the postcards ordered this week.  I should also have the newsletter out on the 1st, but I've been saying I'll work on that for a week now and it hasn't happened.

Took a couple walks to try and de-stress.  Here's a pretty pic I took on one of them: 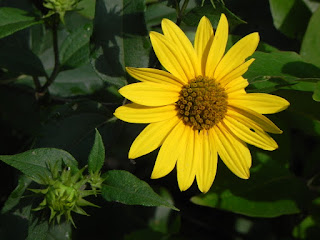 How are things in your world?