How is it Thursday again already??

Our yearling deer has a damaged antler.  They were both growing fine, and then one day he showed up and one of them looked funky.  Now, the left one is growing and the right one isn't.  We're calling him D.A. but I suspect it's little Elias from last year.

We've had so much rain recently that the river by the house is swollen and brown.  I still saw a guy out there fishing the other day.  And some little girl caught a freakin' 20" walleye on a perch rig - basically, a worm and a hook.

I made a picture of what the world would look like without anything to offend anyone: 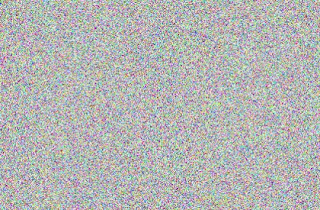 I also made a cover for a book I'm not even sure when I'll publish.  But it looks awesome.

I made the above pic and my awesome cover with my old program, but I did download something that is supposed to be comparable with Photoshop.  If that's what Photoshop is like, I still prefer my old program.  I just wish it would stop giving me Out of Memory errors when I try to work with large files.  And I'd love the ability to work with text at less than 100%.

Did you know that certain birds hide food?  That's why a nuthatch is called a nuthatch - it hides nuts in the bark of trees.  Titmice do it, too.

What kinds of this n that do you have for me this week?

Labels: this n that