After a storm that dumped nearly an inch of rain in like 45 minutes, we were treated to this lovely rainbow.  So, of course, I had to get these shots.  I hope you enjoy them.  =o)

Look closely at where the alley meets the road and you might get an idea of the river my street became. 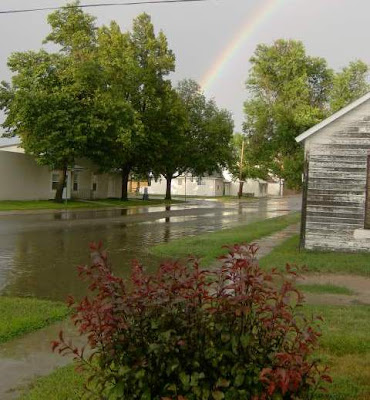 If you click through on this next one, you might get a better look at the double rainbow that formed. 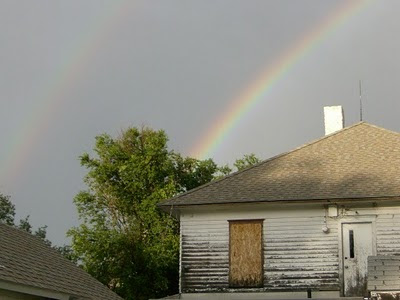 And I was lucky enough to get both ends on the rainbow. 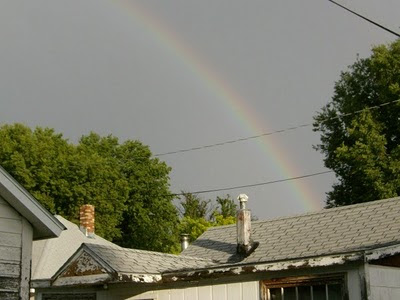 It was a pretty scary storm, but in the end, no tornado dropped and the flooding held to a minimum.  Just another summer day in Kansas-lite.  ;o)